@HillaryClinton is right: "Sunnis" aren't the problem in Iraq; they are (part of) the solution

Several times in the last few days, I have had reason to chafe at the use of the word/phrase "Sunnis" for the ISIS. It's like using the word "Christians" for the KKK. For example, just yesterday, a friend posted an article by the "War Nerd" on Pando titled "Like it or not, what’s happening in Iraq right now is part of a rational process". My comment was that On the one hand, articles like that, and many, many more have nuanced statements like:

"As long as the Sunni jihadis focus their revenge on fellow Sunni Arabs, their truly scary potential for pogroms is limited..."

"the Sunni of the center, Saddam’s tribe, back to doing what they do best"

which, excuse me for saying so, is just plain bigotted.

IMHO, Hillary Clinton, speaking on the PBS Newshour today, has it right when she says: 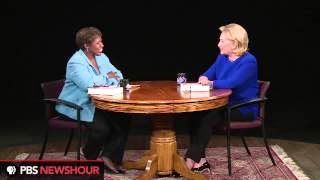 "The problems that we're seeing in Iraq...are primarily political, but of course, they are manifest in this very dangerous extremist group being able to grain ground and hold it. That is only possible, in my opinion, because the Sunnis, who had partnered with the United States, and even with Maliki, to drive out Al-Qaeda in Iraq feel as though they have been isolated and excluded."

Which is not to say that the US and Western Powers don't have blame to share (for picking and backing a person like Maliki to head up a post-occupation government--or for imposing folks like Bremer and Wolfowitz); or the extreme autocracies of the Middle East ("our SOBs", again); or ... on and on. But as I was saying yesterday, let's not peddle self-fulfilling prophecies like conflating the ISIS with "Sunnis".